Amy Hironaka
Board of Directors

Amy’s father Kuni Hironaka served on the SASF Board of Directors in the 1990’s.  Kuni was a long-time community activist whose legendary efforts took him all the way to Washington DC as he and other Asian activists challenged and successfully accomplished Asian/Pacific Islanders being recognized as a minority group to be included in Affirmative Action and Equal Employment Opportunity Programs.  When Kuni passed away unexpectedly in 2006, Amy was honored to fill his seat to ensure his legacy would continue.  Amy was a devoted supporter of her father’s endeavors and also saw her two sons benefit from the SASF’s youth programs.  Amy is currently employed with CALPERS as an Information Technology Manager supporting the mission critical application My|CALPERS.  Her broad skills in working in a collaborative team environment ensures her seamless partnership with our Board of Directors.  Amy’s organizational, planning and communication skills are essential to her role as Senior Advisor to the Strive for Strength Annual Retreat.   Amy’s education includes business administration courses at Kapiolani College in Hawaii and local colleges in Sacramento, as well as IT course work at UC Davis.

Trevor Taniguchi
Board of Directors 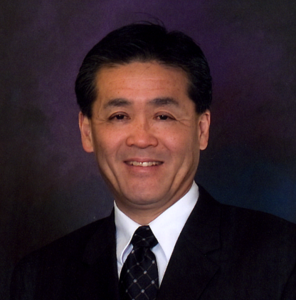 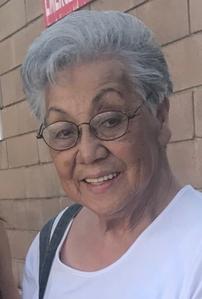 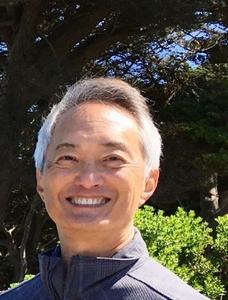 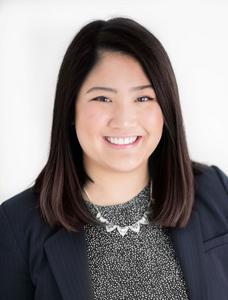 Blake Lim
Board of Directors 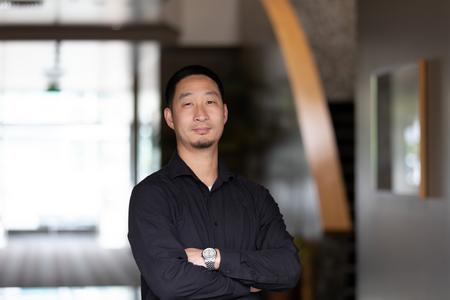 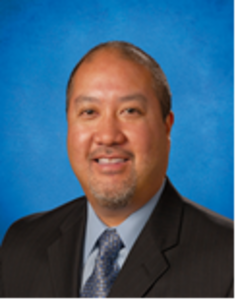 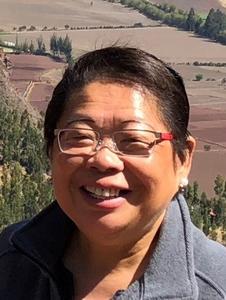 Eric, with a Master of Science degree, landed his first job in the Governor’s Office to implement Hawaii’s equivalent of the National Environmental Policy Act. Over the ensuing decades, he worked as an intern for Jerry Brown in his first stint as Governor; an Assistant Executive Director and Advisor to the Chair and Vice Chair of the State of California Energy Commission; a Division Director in the US Department of Energy;  a Marketing & Government Relations Specialist for Caterpillar advancing research and development for clean energy technologies; a lobbyist for Cummins; and as a consultant for clean energy policy for federal and state regulators. Upon retiring from consulting, Eric searched for organizations that would allow him to give back to the community. Recalling the days his sons played basketball in SASF’s summer league program, he volunteered in 2015 and joined the Board in 2016. He is active in fundraising and the development of new programs.

Marcia Matsuda
Board of Directors

Marcia is one of our original supporters of the SASF’s Quest to build a community/recreational center as evident by the center’s beautiful landscape and the Matsuda’s name prominently place on one of our courts.  Marcia and her late husband Don owned and operated Matsuda’s of Sacramento for 57 years and were devoted supporters of the Sacramento community.  The SASF was fortunate to have Marcia join the Board of Directors in 2003 to share her broad fundraising experience.  Marcia not only volunteers her time to the SASF, but she is also on the Asian Community Center (ACC) Care Center and Crab Feed Fundraiser Committees.  She also served on the Sacramento Buddhist Church Dharma School Board, Legacy Endowment Fund Board, Adult Buddhist Association Board and the Sacramento Buddhist Women’s Association Board; and was the Secretary for the Jesuit High School Loyola Guild Board.  Marcia is currently the Senior Advisor to the SASF Strive for Strength Annual Retreat and the Teens Create Dreams Talent Show but you will find her at other major events sharing her generosity and kindness.

Amy Wong
Board of Directors

​A founding board member and long-time Treasurer of SASF, Amy has been committed to helping Sacramento realize “The Quest” since 1993.  Inspired by her fond memories of playing women’s basketball in her youth, she shared the vision of forming a community/recreational center in Sacramento to give today’s youth a chance to form long lasting bonds while participating in sports.  With unending energy, Amy has worked at the SASF Annual Basketball Tournaments, Summer Basketball League, Basic Hoops, the annual Crab Feed and nearly all of the SASF special events.  A Sacramento native, Amy balances catching up with friends and family at these events while giving back.  She has especially enjoyed watching her 5 grandkids participate in many of the SASF tournaments.  When not volunteering at SASF, Amy spends time with friends and family, especially her grandkids and great grandson.

Alyssa joined the SASF Board of Directors in 2016. Her involvement with SASF began by playing youth basketball in SASF’s summer leagues, she participated in SASF’s inaugural exchange trip to Matsuyama, Japan in 2005, she was one of the first students chosen for an SASF scholarship in 2007, and she was one of the founding members of the SASF Junior Board. As someone who gained invaluable support and fellowship through SASF, Alyssa is focused on fostering the same experience for future generations of SASF participants. Alyssa is an attorney with Family Wealth Law Group, PC in the area of trusts and estates. She earned her Bachelor of Arts in Communication and Political Science from UC San Diego, and thereafter earned her Juris Doctor from McGeorge School of Law. When she is not working or volunteering, Alyssa enjoys spending time with family, watching Sacramento Kings games, and is an avid hiker. 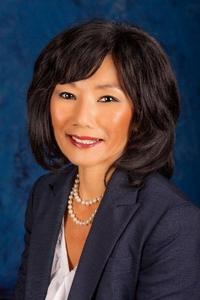 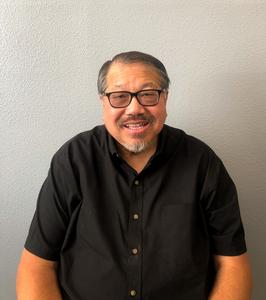 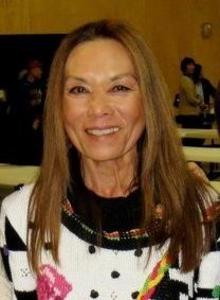 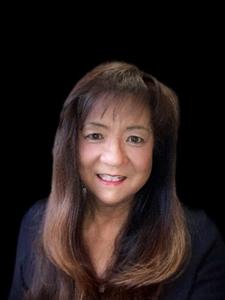 Karen Fong Cotton
​Board of Directors

Karen Fong Cotton joined the SASF board in 1995 and was the third Board President for 10 years.  During her presidency she played a significant role in obtaining the two major donors that made it possible for SASF to build our community center.  Karen continues to play an integral role on the Board as she strongly believes in giving back and helping others in providing a safe haven for the youth in the Sacramento Community.  With Karen’s background as the Controller and Partner at Fong & Fong Printer and Lithographers, Inc., her extensive expertise in business and financial strategy is vital to the SASF.  Karen attended local schools and graduated with a Bachelor’s Degree from Stephens College in 1972.

​​
Steven has been a Board member of the SASF since 2003.  As a professional engineer for over 40 years, his direct involvement with SASF began as the Engineer of Record for the SASF facility.  His career spans partnerships in several local engineering firms and a stint as an engineer with the Department of General Services.  His participation with SASF is a continual source of tremendous pride with the work promoting programs for the youth of the community. Seeing his two adult children benefit directly from SASF programs, motivates his desire to see the continual growth of the SASF for future generations.  Steven earned a Bachelor of Science degree in Civil Engineering from the University of Southern California.

Mark Otani was born and raised in San Mateo, California, and graduated from CSU Sacramento in 1991 with a Bachelor of Science degree in Accountancy.  Mark has worked for Franklin Templeton Investments for over 29 years, and most notably was the Treasurer and Chief Financial Officer of the Templeton US Mutual Funds from 2009 – 2017, became the Chief Administration Officer of Franklin Templeton Services, the fund administration affiliate of the parent company - Franklin Templeton Investments from 2017 – 2019, and in mid-2019 moved to a new role, VP – Global Portfolio and Corporate Services, leading a team that provides support for the Investment Management Teams.  Mark’s wife, Michelle (Jan) was born and raised in Sacramento and they have two children, Mia and Matthew who both played church basketball for SJUMC and continued with the Sacramento Rebels/Sacramento Warlords organizations.  Mark was also an active sports enthusiast having played basketball for the San Mateo JACL, San Mateo Buddhist Church, East Bay Court Jesters and Sacramento Sabres until he switched to Co-Ed Volleyball.  Unfortunately, his playing days are over and he now enjoys watching sports and taking family vacations – and playing a less strenuous sport - golf!

As the SASF Treasurer, he brings his experience in the financial industry to provide support toward budgeting and planning for the SASF organization - to help maintain a sustainable facility that supports and benefits the overall Asian Community.

Ben Onanian
Board of Directors

Ben Onanian joined the SASF Board of Directors in 2019. His desire to be a Board member stems from fond memories of participating in SASF programs and his desire to serve the community. Ben hopes to assist in the continued growth and development of SASF to ensure that future generations are able to benefit from all that SASF has to offer. SASF youth basketball programs played a prominent role in Ben’s childhood and he credits summer league with developing lifelong friendships. Additionally, he credits SASF’s summer basketball leagues with fostering and reinforcing important values, including a strong work ethic, team work, communication, and sportsmanship. Ben Onanian is a Senior Fisheries Biologist with Cardno, an international consulting company based out of Australia. Ben earned his Bachelor of Science degree in Marine Biology from the University of California Santa Cruz.  He enjoys spending time with his wife, Jin Sun Onanian, socializing with friends and family, fishing, watching sports and being outdoors.

Don is one of the seven original Founding Board Members of SASF, which was established in 1993. He has remained an active Board Member since its founding, serving as First Vice President from 1993 to 2011, and as Board President since 2011.

A lifelong resident of Sacramento, Don graduated of C.K. McClatchy High School. He attended Sacramento City College where he received an Associate of Arts Degree in Business Management, and served a term as President of the Jai Chee Chi Club. He also attended CSU Sacramento until he became a business owner in 1971.

Don was the owner of Archway Market in Rio Linda from 1971 to 1982. He went on to work at Wholesale Cash and Carry Foods from 1982 to 2006, serving as a General Manager. He has worked at Calvada Foods since 2006, and continues to work a Sales Representative on a semi-retirement basis since 2014.

Don has been married to his wife, Joann (“Joey”) since 1970, and has two daughters, Michelle (“Mimi”) and Jennifer. He is also the proud grandfather (“Gung Gung”) to three grandsons, Bruce, Cody, and Miles.

In addition to spending time with family, Don and Joey enjoy spending time cooking or enjoying a good meal with friends, and going to the movies. Don is also an avid sports fan, and loyal fan of the Sacramento Kings, San Francisco Giants, and San Francisco 49ers.  Don remains committed to service through SASF and its focus on the future and opportunities for serving the youth in the community.

Melissa joined the SASF Board of Directors in January 2020.  She has been involved with the SASF since its inception having chaired various events such as the Annual Basketball Tournament, Jr. Golf Tournament and also was the editor for the newsletter in the early years.  Melissa’s focus will be increasing communications to our stakeholders, expanding our visibility and transparency and growing our social media presence.  Melissa retired as the Deputy Director of the Department of Technology having worked 40-years in technology for the State of California.  She provided executive direction for all financial and administrative operations for 1,000 employees with a $400 million budget.  Melissa earned her Bachelor of Science degree with a double major in Human Resources Management and Marketing and a Masters in Business Administration degree from the California State University, Sacramento.